Remember politicians saying GCSEs were too easy and needed to be made more rigorous? Well that’s what has been happening, as new exams have been developed and are being phased in over a number of years.

This year’s students are to sit the new style exams in 20 subjects, including Maths and English introduced from last year. These will have 9 to 1 grading. 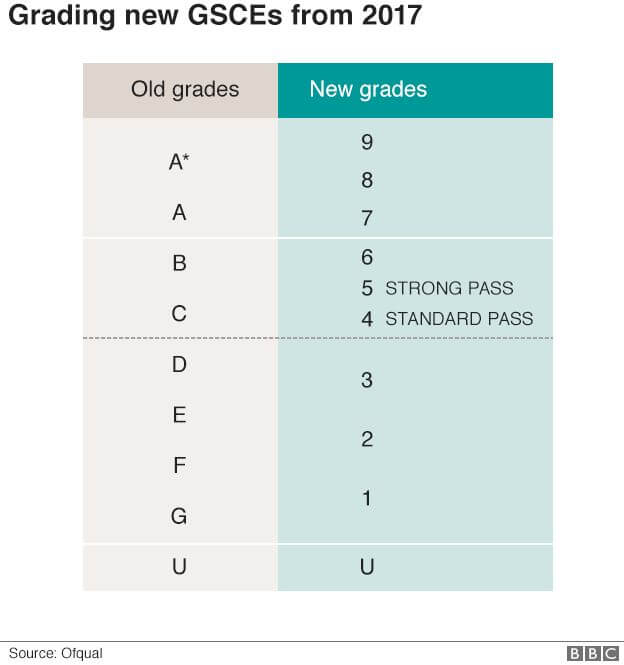 Contrary to what you might expect, 1 is not the highest grade, 9 is. However, 9 will be awarded to fewer pupils than A* is currently. In fact, three number grades, 9, 8 and 7, correspond to the current top grades of A* and A. This is designed to give more differentiation at the top end. A grade 6 is a bit higher than the old B grade.

​U​nlike the current system, under which a C is seen as a “good” pass – the new system has a “standard pass”, a grade 4, and a “strong pass”, grade 5. The Department for Education has stressed that the old and new grading systems cannot be directly compared. But there are points where they align.The bottom of the current grade C and the bottom of the new grade 4 is probably the key point of alignment. This has prompted some employers to say the system is confusing.

The short answer is yes.

The Department for Education has deliberately required exam boards to make exam content more “challenging”. The way the questions are set out in maths, for example, is very different to what has come before.

And the way the qualifications are taken, with exams at the end, rather than with modules – tested in stages along the way at different parts of the year – is also seen as more demanding.

But, and it is a big but, exam boards will use statistical measures to ensure that standards remain the same.

So despite what are really quite significant changes, broadly the same proportion of students that received a grade C or above in 2016 will receive a grade 4 and above this year.

And the same share of students will receive a grade 7 as received a grade A last year.

However, if candidates find an exam paper harder than expected the grade boundaries will be set a little lower. So they may need a few less marks to get a certain grade than they would have done previously.

Thus, continuity of standards is maintained so that the first crop of students to take these exams are not disadvantaged.

However, some teachers’ leaders have complained about the level of difficulty in the new exams.

Maths has been particularly tricky – with pupils from top sets of their schools coming out of exams saying they could not understand whole sections of the exam paper.

And head teachers say they are concerned about the scale of pressure being placed on pupils, due to the high stakes nature of these new exams.