A group of grammar schools have doubled their admission of disadvantaged pupils in a single year – by quietly setting a lower 11-plus qualification score for children from disadvantaged homes. The new two-tier pass mark appears to represent one of the most radical and effective ever attempts to reduce the middle-class strangle-hold on good grammars.

Birmingham’s five state grammar schools have offered 20 per cent of their places this September to pupils from poorer homes. 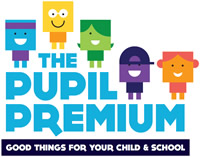 This was achieved after the Foundation of the Schools of King Edward VI, which runs the five schools, set a lower qualifying score in its 11-plus test for children entitled to the “pupil premium” – ie those who have been entitled to a free school meal at some time in the past six years.

The qualifying score for the disadvantaged pupil was seven per cent lower than the score for better off pupils, on average across the five schools.

The foundation said: “We believe this is unprecedented in terms of selective schools nationally.”  The foundation added that “there has been genuine concern that the grammar schools have become increasingly populated by the middle class”.

Ministers have long been concerned that the country’s 164 remaining grammar schools are dominated by the children of affluent families. Many better off parents hire private tutors to coach their children for the 11-plus and therefore standing a better chance of gaining admission.

To address this problem, the foundation set itself the target of ensuring 20 per cent of admissions went to children entitled to the pupil premium – double the present figure of 10 per cent.

“The foundation’s expectation was that these changes might take several years to have the desired impact but the target has been almost fulfilled in the first year,” the foundation said.

Of the five schools, Aston now has 25 per cent of its new intake entitled to the pupil premium, Five Ways and Camp Hill Boys 20 per cent and Camp Hill Girls and Handsworth have achieved 14 per cent.